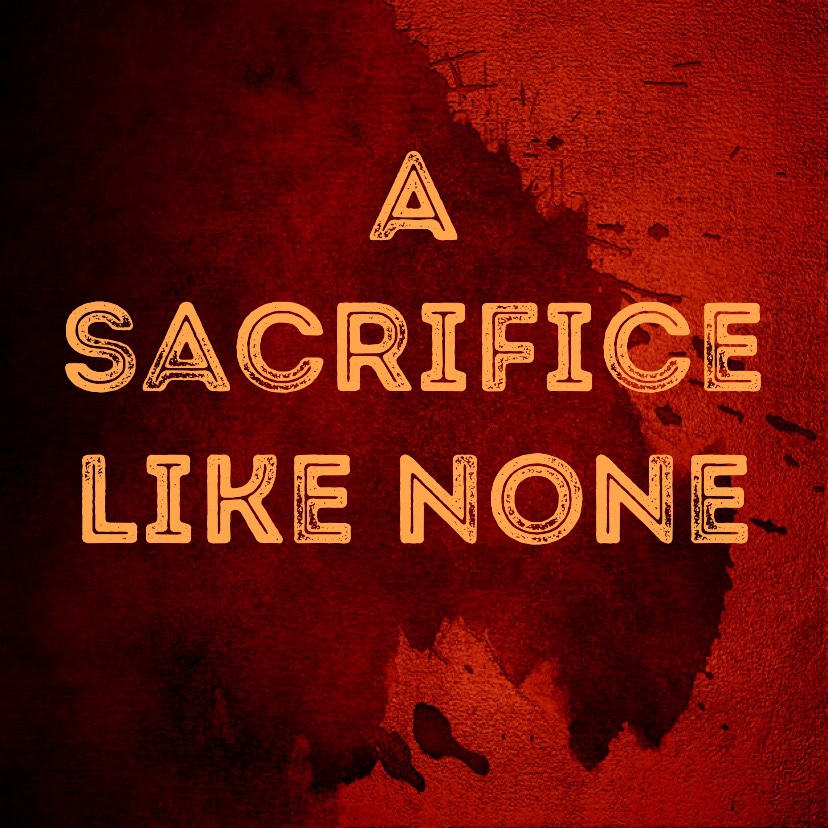 Scene I: Heera came running. Holding his breath, he said, “They are coming”. These words sent a chill down ganga’s body and he immediately ran to stove and took a burning log. He pushed himself to the roof of his house and lit the flag on fire.

Looking at the fire, the entire village started running around as if they had seen a ghost. It created a total chaos with people shouting, utensils clinking, children crying all earth-shattering moments. But, after sometime, the entire village was drowned in the sea of silence. It felt as if, there was an earthquake and now the entire village was dead. In that silence, there came the noise of neighing horses, laden carts and marching men. As the noise started growing stronger, few men gathered at Ganga’s house, while rest of the people stayed quietly in their respective houses guessing what was going to happen next. Everyone was praying to the almighty that this too shall pass.

Ganga, along with few men was standing in his courtyard and was discussing his strategy on handling the current situation at hand. He was startled by a huge bang on his door. He took his lantern are walked to the door. He quietly opened it. Outside was a soldier dressed up in his uniform, completely drenched in water and his boots looked like they had been into mud for ages. He seemed exhausted yet firm with pride. He handed over a scroll to Ganga as an official order of being summoned by the second in command to meet him immediately. Hearing to the message, few other village men decide to go along. Holding their sticks and lanterns and manoeuvring the land washed by current rains, and fields full of crop, they reached to the camp. Ganga met second in command and offered his pleasantries, which got unnoticed.

He was an Englishman, dressed in his tidy uniform with no single mark on it and his conduct made it look like he would have killed million people to be where he is today. He has holding a glass and informed Ganga that, while they were travelling to another state, they will take a halt in his village. He was pointed towards the lieutenant colonel made ganga and fellow men aware of how lucky they and their village were for being chosen as a place for the battalion to spend some time. He asked Gangato arrange for their stay and dinner immediately.

Ganga’s heart sank. Now, he had to prepare food for about 700 people. He didn’t know how to make that possible and not doing so will have a wrath on his village and he could never let that happen. Understanding what was going in his people’s mind, he quietly started walking towards his home, thinking how will he be able to manage this? Reaching to the corner of his house, he bid farewell to the village men with an intention to keep them safe.

After, entering his house, he started gathering the grains sack, firewood, spice box everything required to fulfil their demand.  He was startled again with a bang on the door. This time he was terrified to open it, thinking what will be their next demand? He gathered himself up and opened the door. Only this time, he was releived. All his friend had carried sacks of grains and whatever they could get from their respective homes on their back to support him. He was so happy. He asked some of his friend to help the battalion to lay out their tents and make fire to keep them warm in these rains. While many of them stayed at ganga’s house to help him preparefood. They made Puris, vegetables and Jalebi’s andloaded it in the bullock cart and pushed it to the Tents. They didn’t leave the place until each and every member of the battalion was served. They returned home but the fear of unknown could not let them sleep the entire night. Next morning, the policeman came with the same order. Ganga and his friend kept on serving them for few more days.

During this time, the rains subsided and there was a bright sunny day. Then, about a team of 10 Englishmencame visiting to Ganga’s house. He was again awakened by the loud thud on his wooden door. The moment he reached out for the door, all of them came in rushing and in no time, his courtyard was full of Englishmen. They started by appreciating the good service they have been getting and were there to thank the people who cooked the meal for them every day.

Ganga hesitatingly informed them that it was being cooked by him and his friends. They all started laughing and thought Ganga was making a joke. Ganga told them that the women had gone to their respective houses. They couldn’t believe this and started searching the entire house. All the rooms were full of grains, hay, farm produces but not a single woman in the house. Furious they threw everything in the courtyard and went to other houses in the village too but could find no women in the entire village. The village men started murmuring that the village was cursed for the women to stay with their men during a particular time of the year. After hearing this, they started kicking Ganga mercilessly to take out their frustration. Soon the village men started gathering in ganga’s house and after seeing this, they left ganga’s house.

Scene II: While lying on the hay, on the roof of the cattle shed, Bimla, knew it was time now. The baby could come any moment. She was in huge pain but, had no one beside her during this time of labour. The one person she wanted by her side, was being kicked by few Englishmen right in the courtyard of the same house and she could do nothing about it. The pain of not being able to do anything for her husband was much bigger than the pain of having a baby but she had to keep the promise to she made to her husband that she has keep herself hidden, whatever it takes.

With no support, she had no option but to give birth to her baby by herself. To keep her voice down during labour, she stuffed her mouth with her cotton saree and started pushing. She was drenched in her own sweat and blood all over and after a hardship of 25 minutes, she could pull out her baby. The moment she held him in her arms, she was delighted. She was praying to lord that all her pain was worth a sight of him. He was a symbol of her love and she would do anything to take care of him. But the happiness was short-lived. Soon, she realised that he was not crying. He was not moving, his eyes were shut and he was lying lifeless, drenched in his mother’s blood and tears. She started getting a sinking feeling as she just lost a piece of herself. Her heart started pounding, her breath was so fast. She wanted to cry loud for help, wanted to run to her husband to take the baby to the doctor but she couldn’t do anything at that moment or else Englishmen, who were standing at the courtyard will get to know where she is, which will mean death for her husband, rape and death for her and her house will be lit on fire and that would affect not just herself but entire village. She kept on holding the baby until the Englishmen left her house. Ganga pulled himself up and went to cowshed. The moment he saw his wife holding a baby. He was so happy. That was the best feeling he had ever got. He had forgotten all the pain; he had gone through. He sat near his wife, held her hand and kissed her forehead. She was sitting there like a stone. He pushed her but got no response. He took the baby in his hand only to realise what had happened. He was shaking and he had no words to express the pain he felt. He immediately grabbed his wife to his chest and then, she got the realisation of their loss. She started crying inconsolably. The news spread in the village and people started coming to ganga’s house to mourn his loss.


Scene III: Looking at the activity in the village, the soldiers took their horses and went into the village with few soldiers to find the truth. They forced themselves into Ganga’s house only to find it in the same state as they had left it in the afternoon. Ganga was sitting there with a wooden basket full of cow dung. He looked frail and lifeless. The soldiers stormed in every room to find what they earlier found. One of the soldiers signalledtowards the cowshed. They went inside only to find cattle and haystacks everywhere and came out immediately notwithstanding the smell.

Before leaving, they informed ganga that they will beleaving the village and so they did the very next day. With the English men, Ganga’s child was also gone but saving an entire village lying beneath the cow dung in that wooden basket.

I still remember her holding my hands during my childhood while narrating this story to me and telling me don’t let anyone take this freedom away from you. You have no idea what have we gone through to give you this freedom, where you can live your life and be yourself. Though she is no more on this world today, but I still feel the warmth of her hand over mine!